Vienna 2011. Director Kurz-Niemayer and curator Sarah Schumann open the Schiele Exhibition in the „New Art” museum. The highlight of the exhibition is the painting entitled “Death and Girl” Eros and Death

The university student Julian Winter starts his first night-shift as a part-time security guard in the “New Art” museum. He is joined by the experienced guard Walter Novak, who lets him take over the first shift. Schiele’s paintings fascinate him. Suddenly he panics, because he has the feeling the figures in the paintings are speaking directly to him. Souls of the Other World

What, How Come, What for and Why

But, in his next night-shift, the voices take on form. First and foremost a girl named Wally appears to Julian. She calls him Egon and asks if he can remember her, she says he owes her an answer. Unwillingly and doubting his sanity, Julian makes contact with the figures and find himself confronted with the memories of another life. Egon Schiele’s deranged father died in 1905. Egon’s uncle, Leopold Czihacek, is not happy about having to take responsibility for his sisters children. The extremely meditative Egon is especially a thorn in his side.

What a Heavy Burdon

Julian flees, completely beside himself, the exhibition hall. Novak, who didn’t notice any of the strange goings on, takes over the shift from Julian. Novak remembers his own crazy youth. The Novak Walk

Julian questions Sarah Schuman about Egon Schiele. He discovers that Schiele really did have a girlfriend named Wally and that everything else he experienced the night before is also based in historical fact. Sarah and Julian feel a scintillating spark for each other. After Julian leaves, Sarah philosophizes about love and her fear of relationships. My Place in Life

During the following night-shift Julian is drawn into an even more intense memory. He crosses over into the otherworldly figures realm and relives Egon Schiele’s expulsion from the academy of fine arts. With an impassioned plea for the arts, Egon inflames a revolution among the other students.

The Most Improper Student

Julian asks Wally if he is the reincarnation of Egon Schiele. Wally only repeats that, it is he who owes her an answer and she draws him into the next memory: their first meeting at the hands ofGustav Klimt, Egon’s colleague and mentor. Together with Wally, Julian experiences what Egon and Wally meant to each other. Fire Red

Suddenly, Wally becomes more demanding and together with the other figures from the otherworld they beset Julian. A distraught Julian can escape the figures only in the nick of time.

Julian doesn’t show up for his next shift in the museum. He feels driven to travel to Krumau, the town that was Schiele’s refuge when everything became too much for him in Vienna. Julian experiences nature more intensively and exhilaratingly than ever before. His experiences in the otherworld fade away like a bad dream. I Am Awakened

The otherworld brutally closes in on him once more, however. In the Schiele Memorial Museum, Julian lives through how Egon was treated there. First, Egon’s art is rejected, as it is almost everywhere else, and in the end he and his artist colleagues are expelled from Krumau because of their debauched behavior. The residents fear for the morals of their children. Bohemians in Krumau

Julianloses control completely in the exhibition hall of the museum. Only Sarah and Peter, who out of concern had followed their disturbed friend, can keep him from being arrested and/or put in an asylum. Banish the Ratter

Julian pours his heart out to Sarah. He asks himself if he is losing his mind. Or is possible that something paranormal is happening to him?

Between Reality and Insanity

Julian consults a group of Therapists. One is kookier than the next. Afterwards Julian is more confused than before. For every Anomaly the right Therapy

Julian wanders through Vienna. Nothing is as it used to be. Julian’s sense of reality is distorted. He feels excluded, singular, as if he doesn’t belong, even when he is surrounded by people. Has Egon Schiele’s emotional world taken control of Julian in this one? I am Everything

Novak is on guard duty alone in the exhibition hall and relives his glory days. Novak Walk Reprise

Julian can only see one way out: He has to confront Wally and the otherworld.

Dr. Kurz-Niemayer lets himself be talked into letting Julian have his job back, after having been fired for missing work unexcused. He notices that Julian and Sarah have feelings for one another. It becomes clear that Niemayer also has his eye on Sarah. When he is alone he laments that upstanding men are always overlooked. What a Mess

Julian is immediately pulled back into the world of Schiele‘s memories as soon as he enters the exhibition hall. Egon is standing trail for abusing a minor in Neulengbach. Although he is cleared of all counts at the trial almost all of his friends turn away from him. Only Wally stands faithfully by him.

Egon moves to Hiezting with Wally and tries to fit in. They make the acquaintance of Edith Harms, a young middle-class girl. After a visit to the movies together both Egon and Edith envision for themselves how their lives together would be. Egon hopes to gain security and middle-class acceptance through a liaison with Edith. Out of the Fire of my Desire

Egon confesses to Wally that he is going to marry Edith, but wants to keep up their affair on the side. Wally, deeply hurt, leaves him. Egon doesn’t answer her last question: if he ever really loved her. WWI brings chaos and suffering. Egon marries Edith but nothing about the relationship is how Edith had imagined. Egon cares for her, but is as distant to her as if he were a stranger. Mostly she is only his model. Wally has enlisted and works as a nurse caring for fatally wounded soldiers. With Empty Eyes

Egon begins to have financial success with his paintings. The future looks bright for the time after the war. For the first time there seems to be something akin to closeness between Egon and Edith as she informs him that she is pregnant. But then Egon receives notification that Wally has passed away. She was a volunteer in an isolation ward for scarlet fever patients and became infected herself. He is devastated and vows to now become a good husband and father.

Shortly after, Edith, who is advanced in pregnancy, dies of the Spanish Influenza epidemic raging throughout Vienna. Egon, distraught, clutches the painting he is just finishing "Death and Girl". In it Wally and Egon are depicted.

The shrill of the alarm brings Novak, Sarah and Kurz-Niemayer into the exhibition hall where they are presented with a bizarre image. They see Julian, huddled over the priceless painting, completely out of his mind. They cannot see the otherworld. Wally begins to lure Julian further into her world where he lives out the last moments of Schiele’s life, who also died only a few days after his wife of Spanish Influenza. Sarah gets through to Julian once more. He explains that he has to follow Wally. Then his heart stops beating. In panic, Sarah and Novak try to revive him. To no avail. Through the Door to the Otherworld

Sarah speaks directly to Wally, whom she can’t see but feels, and pleads for her to let Julian free. Wally is so touched by Sarah’s love that she again bids farewell to Egon/Julian. His Place in Life

Julian comes back to life. As Wally and the Otherworld fade into nothingness, Julian answers Wally’s question that has not let her come to rest for so long. Did Egon ever love her? Julian and Sarah fall into each other’s arms.

our label for classical music recordings:

our label for popular music recordings: 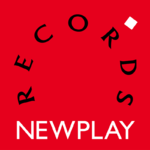 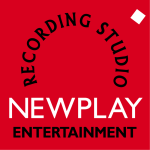